Happy birthday to me! 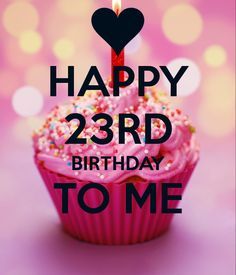 Millions of years ago, the Earth was hit by an asteroid, wiping out almost all life on the planet… except for a luscious green valley. One tribe will rise to the top above everyone else… via the beautiful game of football.

The creators of the hit Wallace & Gromit and Shaun the Sheep pack their trademark claymation charm and sense of humour into this prehistoric story of the first-ever championship football game.

Early Man is a diamond in the rough, as it doesn’t exactly reach the standards set and perfected by the aforementioned titles: it’s a little short compared to most blockbusters on the screen, and it was a lot different story-wise to what I was expecting it to be. But it still has its fair campfire-worthy share of laughs for everyone – if you’re a football fan (which you don’t necessarily have to be to see this film), you might get some of the references made by the commentators at the big game. If you’re a comedy connoisseur, you may find a few of the characters’ voices sound somewhat familiar, especially if you’ve been living in Britain…

It’s like the director Nick Park took The Flintstones and set it amongst a football backdrop, and gave all the characters British (and French) accents.

The Provinces and Territories Show Cast (2015)

Unlike its predecessor, Canadian Boys has only had the one spin-off so far, and that’s The Provinces & Territories Show. Following the formula of The States Show, the series replaces states with provinces and territories, each with their own designs and personalities. Although the series has been running since 2011, I hadn’t really drawn the entire cast until four years later, as seen above.

As with its spiritual predecessor, some of the cast of The Provinces & Territories Show are based on characters who are already in Canadian Boys. They do not necessarily live together, but their lives intertwine with each other in the same manner as its parent show.

A 16-year-old senior high school student with a somewhat silly and clumsy nature. He has poor concentration, often gets carried away daydreaming at inappropriate times and can easily lose his hold on things. He suffers from an itchy scalp, which explains his habit of scratching his head and frequent schedule of washing his hair. He doesn’t exactly have the most sensible of minds, and he can do stupid things which he may not realize he did until later, when his sanity returns. Nevertheless, he holds a special kind of charm with everybody. His habits and overall personality are modelled on Vancouver.

A 20-year-old woman who is the impromptu carer of British Columbia. Unlike him, she is sensible and knows how to act according to the situation. She helps him sober up if he starts losing the few pieces of sanity he possesses, and worries about him if he wanders. However, she loves him just as he is, saying he “brings colour” to her life.

A young man who loves to explore. He always carries his red rucksack around and acts as an entertainer for his comrades so they don’t get bored. He owns a large library of travel guides and dreams of one day making a trip around the length and width of the world. He is modelled on Saskatoon, as they both have a love of wanderlust.

A young woman with a caring temperament. She loves the feel of soft things, like her pillow, and uses a lot of endearing terms when she speaks. She comforts others when they are feeling down. She loves to hum to herself.

The protagonist of The Provinces & Territories Show. By day he is an ordinary young boy, but by night he presents the popular variety TV show House of the Provinces & Territories, directing the line-ups for each episodes and creating the cartoons shown on the big screen. He is modelled on Ottawa, but unlike Ottawa, he does not need an assistant to help him prepare to host the show.

An 18-year-old French Canadian man who is immensely proud of his Quebecois heritage. A bilingualist speaking both English and French (though he prefers to speak French more), his civic pride is evident through the Quebecois flag outfit he wears. He is somewhat sensitive and can easily be upset by even the tiniest jibe at his feelings. He shares part of his personality with Montreal, as both are French Canadian, bilingual, and are something of softies.

A nine-year-old boy who acts as the ‘villain’ of the series. Mischievous and loving to cause havoc, he habitually taunts other people that they won’t “get” him and frequently plays pranks on them, especially his favourite – muslin bags filled with powdered dye, which he drops into water to colour it in and put off users who drink or swim in it. Despite his waywardness, he still manages to hold a special kind of endearment in people’s hearts.

A 28-year-old businessman. Working in the same office as Halifax (whom he is modelled on), he possesses a strong work ethic and never lets his concentration down by external distractions. Like his Canadian Boys doppelganger, he has won many ‘Employee of the Month’ awards for his good behaviour. He acts as a positive role model for his colleagues, just like Halifax.

A foul-mouthed, mildly surly fisherman who lives on a houseboat in the Canadian Harbour. Making a living by catching fresh fish out to sea daily, he does not like others invading his personal space and will harshly punish any intruders by whipping them with his fishing rod. He shares his manner of dressing and traits with various fishermen from Canadian Boys, especially Blacks Harbour and St. John’s.

A staunch environmentalist who believes that this planet is our only liveable home and so people should care for it as much as we can. He pursues the vegan diet and lifestyle to avoid any animal products and grows his own produce in the back garden of the Province Boys’ House, saving on carbon emissions from transporting crops for long distances. He is modelled on each member of the ‘Princes’ family from Canadian Boys, sharing a mutual love of the environment and veganism.

A young First Nations man who makes a living by hunting and excavating. He goes out daily with his brothers Northwest Territories and Nunavut to forage for food and pan for gold, and he carves soapstone sculptures to make additional money for survival. He is modelled on Whitehorse of Canadian Boys.

Yukon’s first brother. He digs for diamonds in the more remote parts of the city and sells them for a high price so he and his brothers can make an independent living. He is modelled on Yellowknife of Canadian Boys.

Yukon’s second brother. Of Inuit ethnicity, he makes insulating clothes out of seal, polar bear and muskox fur to survive below-freezing temperatures and catches moose and caribou to make into meat for warming soups. He is modelled on Iqaluit of Canadian Boys.

I’ve since become more engaged with these characters and drawn more updated artwork. I’ve even planned to give some of them new designs, as per what I’ve been doing with some Canadian Boys characters:

Cast of The Provinces & Territories Show

It can sometimes be fun to revisit old ideas and give them a new lease of life. One of those was the Flags series which I used to draw when I was younger. While they were great to draw, I did feel that they needed a little more humanity to them, and I had also made it a mission of mine to personify every country in the world…

While they’re still not quite human – I only drew them as jelly babies coloured with their national flags – they do at least have a little more personality than just flags with added limbs. They’re also more complete compared to their spiritual predecessors, with all 200-plus countries catered for.