“Hey Nova Scotia,” New Brunswick began. “I love you so much…”

“…that I named one of my towns after you!” grinned New Brunswick.

END_OF_DOCUMENT_TOKEN_TO_BE_REPLACED

June is Pride Month, a celebration of LGBTQ+ (Lesbian, Gay, Bisexual, Transgender and Queer+) people and love everywhere. Even in our supposedly more ‘enlightened’ era, there are still some countries out there which frown upon or even totally criminalize same-gender love and marriage, and of course homophobia – as with any other form of discrimination – is still rampant in society.

But we mustn’t let negativity and bullying get to us – whether we are LGBTQ+ ourselves, or an ally. Pride is all about celebrating love in all its colours, and reminding the rest of the world that hate will never win.

I’ve joined in with the celebrations with two special artworks, both starring prominent LGBTQ+ couples of my own creations:

Truro and Yarmouth of A Nova Scotian Way of Life have been inseparable since their kindergarten days, but in more recent years they’ve become increasingly attracted to each other. Marriage is even a possibility given the recent wedding of a certain royal couple, so watch closely for any news about these two!

Amherst and Spinghill of Canadian Boys have been together for a much shorter time than Truro and Yarmouth, but they’ve already forged a bond for life. They were married not long ago, as you can probably tell by Springhill’s emerald ring. They’re just like any other married couple, with both looking out for each other and putting on regular displays of affection. I’m hoping for this to pave the way for even more same-gender couples to come about in my stories and art. Fathers helped to create us; without them, none of us would be here. Even if they’re only celebrated on one day of the year – which is today – they’ve always been around for us, even if it’s not a physical presence.

Because of this, I’ve drawn some special art for the occasion:

Probably the most famous father figure in the Canadian Boys series, Stellarton is dad to Pictou, the protagonist of my first novel Once Upon a Time in Canada. Although his mother Port Hawkesbury mostly cares for him, Stellarton does have his fatherly duties for Pictou. Here, he shares a

I had drawn a version of this before, but decided to draw it digitally to add extra effects, like the starry gradient background. The stars tie in somewhat to Stellarton, as his name starts with ‘Stella’, which is Latin for star. This reflects the etymology of the name of his hometown, which was named for a kind of coal which gave off star-like sparkles when ignited.

To finish, here’s a celebratory poem by Keith Garrett:

Down through the years, there have been many types of fathers,

Unfortunately, some get lost with what it takes to really be a dad.

Sad as it is sons and daughters grow up without and not knowing,

Thoughts and questions are held onto that may eat at with sadness.

This father’s day let’s honor and praise the men who do stand strong,

To the ones who are new and too those who have been at it for a while.

You were there when first you saw his little face and a smile of a lifetime,

You were there when her tiny hands touched your heart forever, young father.

You were there walking her down the aisle when again her life began,

You were there when a son stood at the altar hand in hand with his bride.

Through the bumps and bruises, good times or bad, it was you strong as a rock,

To you on father’s day, the ones whom never give up, you are dad, a father.

With hotter weather comes hotter destinations. Inspired by a recent day-trip I took to Camber Sands, I followed up a previous drawing with Springhill and his family from Canadian Boys holidaying on the beach.

The memories from Camber were still fresh in my mind when I drew this, so I took inspiration from the seascapes by creating grassy and golden sandy dunes. The trek up the dunes onto the beach is quite steep, but well worth the climb, as there are miles of sand and big blue sea around.

A treasure trove of seashells scattered up and down the beach led me to insert some prettily pink shells lying upon the damp sand, as well as an amethyst sea snail shell (partly inspired by my time on Canvey Island, where thousands of snail shells dotted the shores).

As with previous beachy art, the sand and sea layers were coloured with darkening tones of beige and sea green. I used a deeper tone of beige to colour the sand closest to the sea, as if dampened by the never-ending rolling waves. The white part of the waves evokes sea foam or even the crest of a surf wave.

Those of you who recognize the Canadian provincial flags may have spotted the flag on top of Parrsboro’s freshly-built sandcastle:

It’s the flag of Nova Scotia, reflecting the roots of all the characters in the picture. As before, Pugwash’s towel is decorated with the Nova Scotia tartan, although with the blue in a slightly more muted tone. The beach umbrella is also partially inspired by the tartan, with shades of blue, green and yellow. 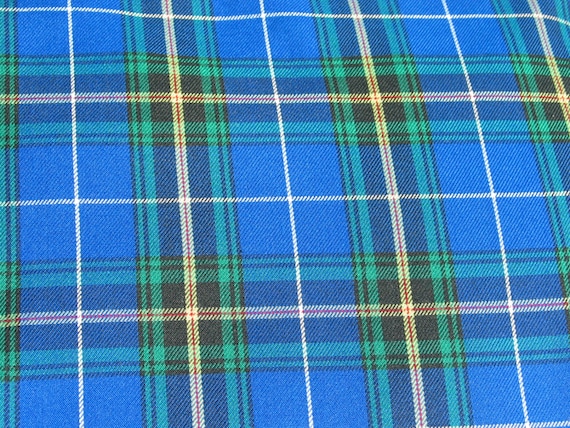 As June is Pride Month, I also took the opportunity for Amherst and Springhill to hold hands romantically while taking a dip into the sea. They are officially husband and husband, being originally just good friends and then being newly-engaged boyfriends. Springhill even wears an emerald and silver ring to signify his marriage to Amherst, although he has obviously taken it off in this picture so it doesn’t get rusted and corroded by the salty seawater.

I don’t usually write about politics, but this is one exception.

After Doug Ford’s victory in the Ontario provincial election yesterday, I’m just going to reassure you all who might be worried, upset or angry about the result:

Ontarians and Canadians (and pretty much everybody else) have survived pretty dark political times in the past, and they will survive Ford. Love for a country shouldn’t be diminished by its politics or by its people.