It’s that time of the year again! The whole cast of A Nova Scotian Way of Life (ANSWOL) is getting into the spooky mood with their Halloween costumes.

Everyone wears a costume that has something to do with their hometown, with the exception of a few who are just wearing ordinary clothes because I either couldn’t think up a costume for them, or they don’t celebrate Halloween for whatever reason. (Maybe it’s too scary for them?)

If you’re familiar with Nova Scotia, or live there, some of the costumes will be pretty obvious to you. For example, Lunenburg is the Bluenose II, a famous sailing boat built as a replica of the original Bluenose, which was a several-time winner of the America’s Cup in the 1920s and 30s. Oak Island is a pirate, owing to an everlasting legend that a secret stash of pirate treasure has been buried there, on which a popular reality TV series is now based. Berwick and Oxford are an apple and a blueberry respectively, owing to their hometowns’ natural abundance of these fruits. (Berwick’s apple costume even has some worms wriggling through it for extra spookiness!) Others are just for fun, like Hantsport and Stewiacke’s wizard and devil costumes, James River’s beaver costume (because his last name is Beaverton), and Pugwash as Captain Pugwash (get it?) 🤣

If you don’t celebrate Halloween, just have a great day. If you do, though, have a Happy Halloween, and may it be filled with lots of treats, not tricks!

While it’s often thought of as the quintessential American autumnal celebration, Thanksgiving in Canada actually predates the arrival of the pilgrims to America by about half a century. It’s said that Martin Frobisher first observed the celebration on his 1578 voyage to the famed Northwest Passage, the gateway to Asia from Europe. His celebration was soon copied by French colonists and Americans who remained loyal to Britain, who brought over turkey and pumpkins from down south, making Thanksgiving the occasion it is today. Canadian Thanksgiving is observed a month before its southern cousin, every second Monday in October.

Happy Thanksgiving to all my Canadian readers and followers, and take pride in the fact you celebrate Thanksgiving first! 😉😄

Inktober is back for another year, and this time I’m fully getting into it! This will probably be my most complete Inktober to date. 🖋️

This gallery will be updated as I work through the 31 days. If you want to participate in Inktober as well, the official prompt list is below the gallery: 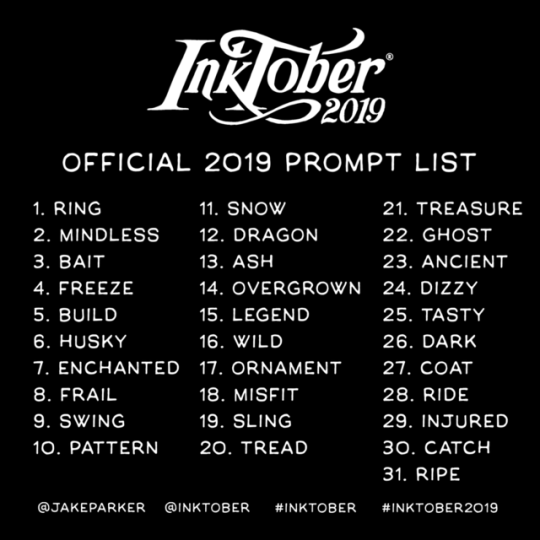 The temperatures are coming down, and so are the leaves on the trees. Autumn has arrived! 🍂🍁

After the heat of the summer, cooler days are back again. But the cold of winter hasn’t set in yet, so it’s the perfect time to have some autumnal fun in the forest!

To celebrate the new season, I’ve drawn not one, but two artworks. While the characters differ between each one, they are basically the same, both being in the same forest. These are a sort of follow-up to the artwork I drew for autumn last year, but with more focus on the natural environment.

The first picture stars the big Canadian three – Toronto, Montreal and Vancouver. I’ve tended to be drawing them more in recent months, in an attempt to go beyond Nova Scotia and the Atlantic provinces. They’ve also received a major re-design – Toronto is now of South Asian descent, and Vancouver is of English and Chinese/Korean descent, which more closely matches their real-life demographics. Montreal, while still staying white, now has some Irish and Scottish in him in addition to French Canadian, and he now wears Montreal Canadiens hockey wear. They all have suitably warm yet breathy clothes for the cool autumn breezes. In his hand, Montreal holds a red maple leaf – the everlasting emblem of Canada everywhere. 🍁🇨🇦

The second picture stars the Denoon family – Pictou, Port Hawkesbury and Stellarton, Like Montreal, Pictou also holds a leaf in his hands, but it’s three leaves rather than just one. I like to think that there’s one leaf for each member of the family. 😁

All the leaves were drawn by hand, so no two are the same, giving each one a unique shape. They were also each coloured individually, vividly creating the fiery reds, oranges, yellows and earthy browns of autumn – the last burst of natural colour before the greys of winter.

I’m posting this on the first day of October, which means it’s also time to get spooky! 🎃👻